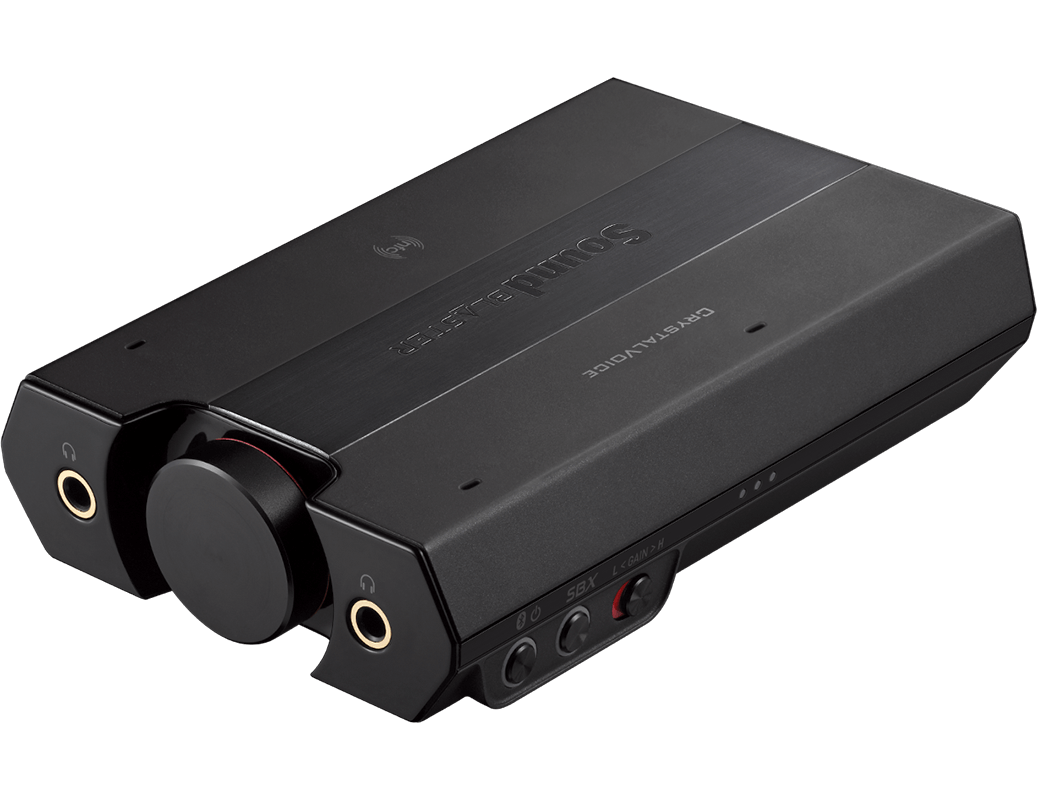 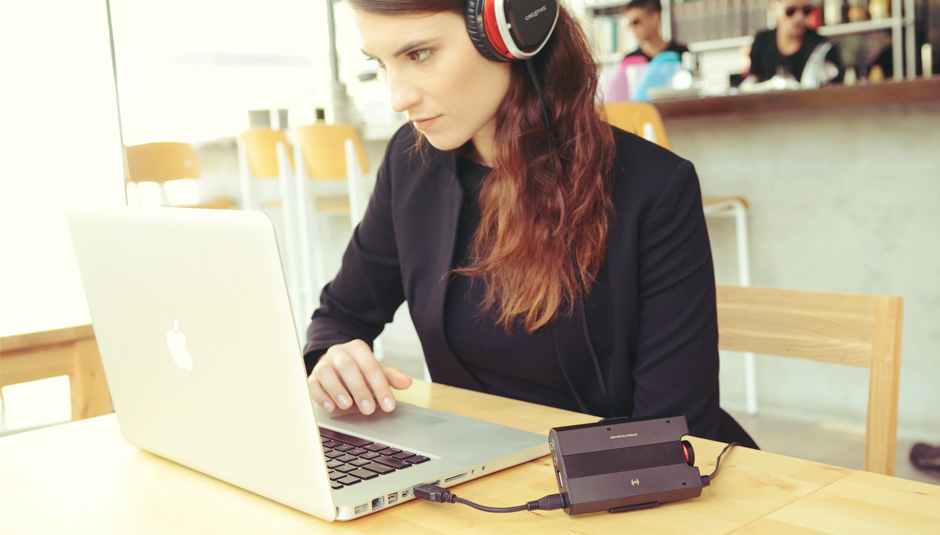 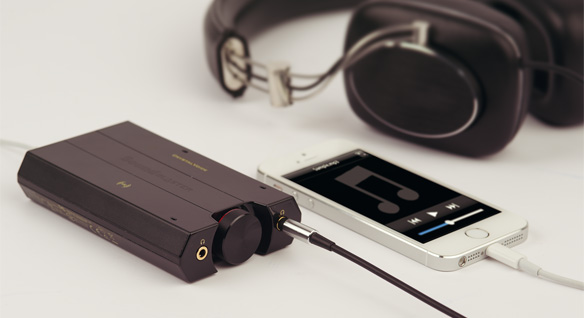 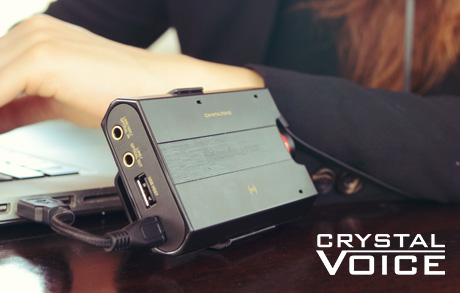 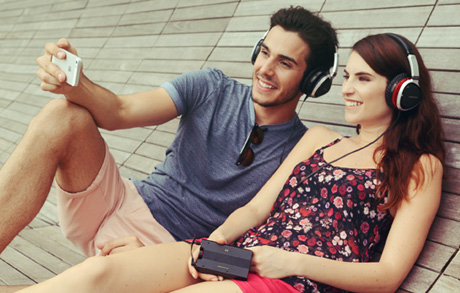 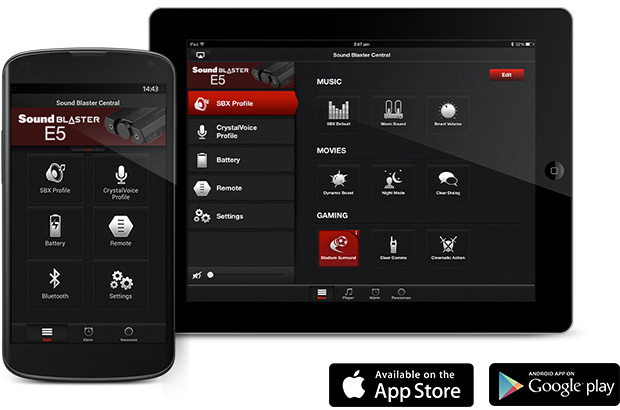 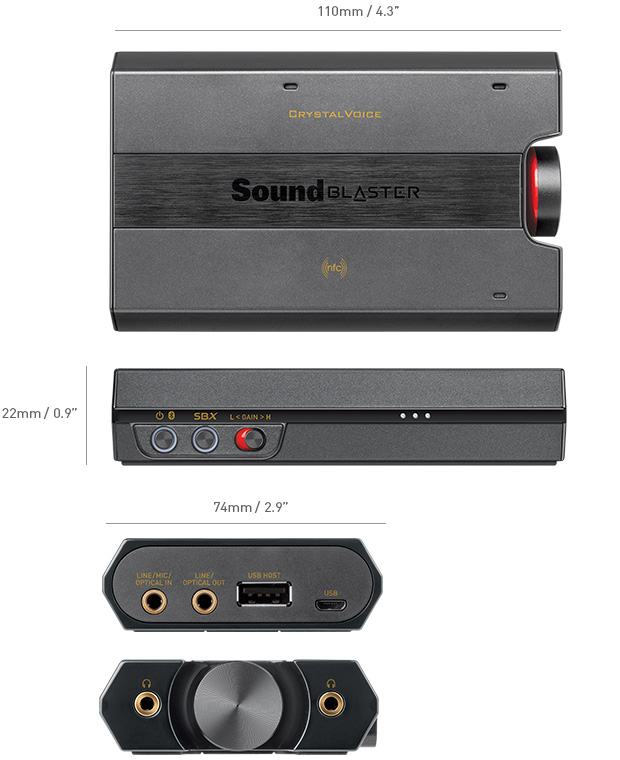 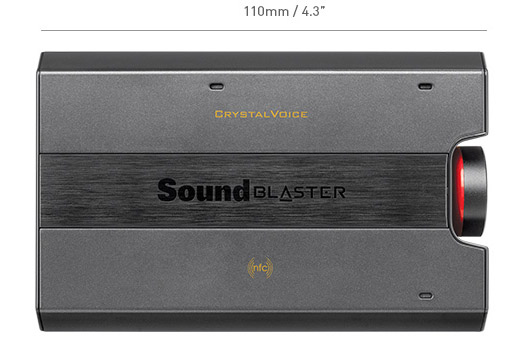 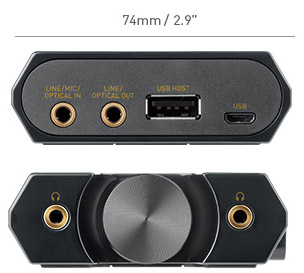 This portable DAC and headphone amp is an audio powerhouse.

The Sound Blaster E5’s BT performance is excellent and really is a key persuader. Match it with say an aptX compatible mobile phone you are talking above average quality and something I can happily listen to on the go.

The sound quality that comes out of this diminutive device is outstanding. Creative's SB-Axx1 audio silicon has shown its worth in things like the EVO headsets and the mega-amp, the Creative Sound Blaster X7, and even in this little chassis it packs a punch.

So going into my E5 testing I expected it to perform better but when I hooked it up I was taken back. The E5 sounds amazing right out of the hole when hooked up as a DAC through USB. My initial testing was using a high quality set of earbuds hooked up to my main PC.

I have been using the Sound Blaster E5 for several weeks now, and it didn’t disappoint me at all. If I have four arms, I would have given it not just two thumbs up, but four. I would say the E5 is a fantastic all around DAC/AMP that will serve both gamers, PC enthusiasts, music lovers and audiophiles alike.

...on my Mac What I found was that the E5 did sound better than either my iPhone or Mac's headphone outs. How? Bass sounded tighter, highs were smoother, and the soundstage was more expansive. I'm going to be straight with you and tell you right now that these were not major improvements, but they were noticeable and did improve my listening experience. Much more than the stock sound, I think the wide variety of DSP effects will be of value to most people looking into the E5.

The E5 is an extremely versatile device and can be used in numerous different applications. For $200 I find it sounds great and should satisfy most people looking for an all-in-one portable audiophile package. For gaming audiophiles, college students, audiophiles on the go, and audiophiles on a budget I would recommend this device without hesitation.

The Sound Blaster E5 is all about quality. It improves your current situation, be it when you are playing a game, recording a video, making a phone call or listening to some music. This amplifier really amps things up.

The Sound Blaster E5 handles digital to analog conversion and amplification nicely. It was able to handle high bitrates (192 kHz) and 24-bit data with aplomb. It produced clear mids, crisp vocals and deep low frequencies.The E5 can handle high impedance headphones up to 600 Ohms, which not many portable DACs/Amps can do.

Awesome unit for the price, great sound great connectivity. Powers high impedance headphones with great fidelity. Absolutely over the moon with this, many alternatives cost more than this.

Amazing device because it has a portable size and produces outstanding sound when I use it with my Apple iPad 2! My congratulations to your engineers!!

I've had my SB E5 for a little over a month and put it to work in several different situations and can honestly say this is an amazing device. Daily I use the E5 at work with my CAD laptop that has a terrible sound card. I've been using it with my Bluetooth headphones, with the cord attached. This was counterproductive, as they are BT headphones. I recently added a TaoTronics TT-BA12 to my setup and it works great. I'm now cord-free and have all the great sound the E5 is capable of producing. I've also used my E5 on road trips with the kids to allow them to share the audio from a tablet and watch movies. No more BT speaker and my wife and I can talk or listen to our own audio in the car. I've also used the E5 while camping to watch movies at night in the tent and the internal battery has provided more than enough power to watch a few movies over a weekend. I was a little hesitant due to the price, but the features and flexibility of this small DAC have proven to be well worth the investment. The E5 have filled my needs/hopes and then some!!

My perfect music companion!! I currently run V - Moda Crossfade Wireless 2 Rosè Gold and the Sound Blaster E5 with its Bluetooth aptx compatibles just like the V - Moda headphones has makes for a perfect listening experience with and/or without cables. Nothing to complain about you defenetly get what you pay for. My only wish would be for longer battery time. But it's totally manageable and with a powerbank the problem goes away. All in all a very good product, well designed, fine too look at. It brings attention if you are the braging type. Got att the functions you need and them some, with the App that goes along with the E5 you for plenty to play with. Even change your voice in phonecalls, can bring som extra joy if you are a prankster! 5/5 with out a doubt. I'm totally pleased! Thanks for me. Have a lovely one, peace!

Very satisfied with the sound quality of this product, awesome!

Excellent gadget to enhance your listening experience with several use scenarios. As a in car amp via AUX, and even an enhance phone car mic to car speakers via Bluetooth. As a Optical In to Headphones out for TV and Game consoles such as Xbox360. Amp on the go. PC Amp. Amp to any speakers via AUX, Optical Out Probably due to the high end internal components, the size is not exactly that pocketable. Maybe need to be in a bag for on the go moments.

This is an excellent product, and I am glad I bought it. There are a few "gotcha's", tho mainly in the software provided. It would be good if the included stand had one side that was coated with the same rubber as the back side of the E5. With the stand attached on my desk, the E5 slides around too much. When I carry the device to and from work, I use it with an iPhone 6 and Etymotic in-ear headphones. Connecting the E5 through bluetooth to the phone is always problematic. It seems to take eons for the software to know that it is connected, and semi-frequently the app will close without warning. Connecting the wired headphones, and the iPhone lightning connector causes one connector to take the brunt of the weight of the device, since the E5 fits better the "long way", or the longer dimension as the upright orientation seems to fit a jacket pocket better. I do like the separation of the functions of the connectors, and it works nicely. Maybe placing the Lightning and the Micro-USB connectors on the side of the device could help here? On my Macs, both at work and home, the App for the device seems very 1.0 in quality. It seems unaware for a long time if the micro-usb cable is disturbed, and once it is, the app informs me that since the E5 is no longer connected the app will stop, and then it auto-quits! This is so very un-Mac like. When I plug in the device to a usb port on the Mac, I think it should auto-start that app, or at least have a preference option to do so. The "profiles" that were thoughtfully included could be expanded and refined. Some of the default profiles seem WAY over processed, almost like a photo that has been over-airbrushed, and appears somewhat fake. The device has built-in mics, and they could be brought to task in a profile, much like the "Awareness" app on the iPhone by Etymotic. The microphones could be noise-gated to allow very loud sounds to pass through, with the music "ducked" under. This way a normal subway train noise would be blocked but the conductor making an announcement could be heard over the music (or the music paused during the intruding sound). The same could happen at my desk. I have tried to set this up with the app on my work Mac. But the delay in the mic sound is discomfiting. So then you could make profiles that would improve the quality of the different kinds of media one listens to on a musical device: music, live news broadcasts, podcasts, videos, and even full-length movies. Or profiles for the different environments you might find yourself in. Subway rider, car passenger, beach-goer, walking on a city street, curled up with a good book at home, etc. Also there could be something that would sense or a user could choose within the app what kind of headphones/speakers are being used, like the included iPhone headset or Android headset, versus high-quality in-ear monitors. And finally, what the heck are the elastic bands for? The user manual mentions them in the "in this box" list, but it never says what they are for. Thanks, so much! — Mark

Use this product with my laptop. Incredible sound and excellent software. easy to set up. Would recommend to anyone thinking of purchasing.

Very pleased with the sound quality of this device. Used this mainly for music. Have also used this to "amplify" the weak outputs from iPhones, be it from line-out or via USB cables (Note : the USB connection did not work with old iPhone 3GS, but works perfectly with 5S). Also, tested and used with in-car head-unit - works great. Most in-car head-unit have very weak source detailing, so I use this as a "pre-amp" between iPhone and the car amplifier. Worked like a charm for me.

I had tried out several portable amp before committing on the Sound Blaster E5, and i havent regret the purchase. it is really awesome and mp3 reproduction is so much better. now i have looking to get a headphone to go with it.!

Quite impressed with all areas of the product. Simple to setup software on both phone and PC. Massive difference in audio quality that brought a smile to my face. My headphones, car audio and theatre have never sounded so good, even my 15/year old headphones sound amazing. Wish I had bought this a lot earlier.

The device works as advertised, the sound quality is being enhance through the use of the devices with my Bose in-ear headphones compare to connecting directly to the iPhone. It also gives me an option to connect wirelessly to my headphone via Bluetooth function. Overall a value for money device.

Excellent sound quality. Better than the Roland DAC which I also have. Just wish there's also a skip track option on the device when I'm listening to music on a playlist. Overall, well-built with good looks. 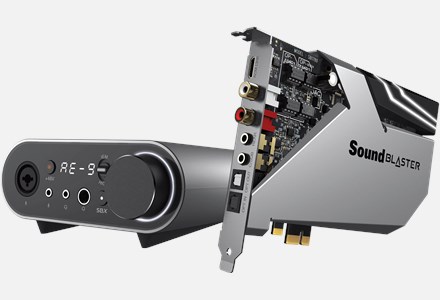 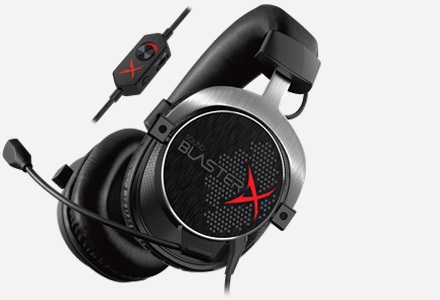 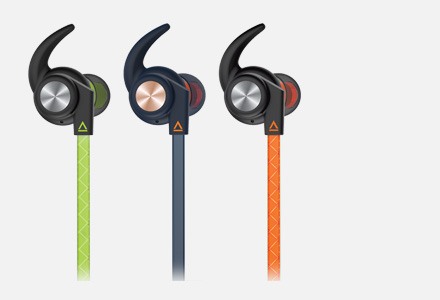 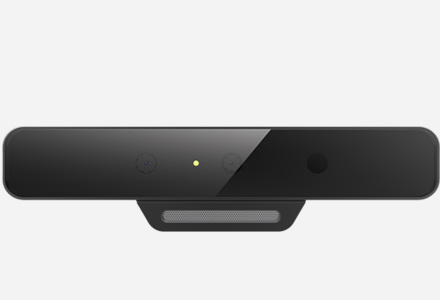